Now a days people do not like to live in any rental place, they like to have their own house and its become quite easy. A place where everything just beside of your house .it look like you are not only become a owner of the house, you are owning the locality. As well secured and amazing investment returns by owning a property in the capital Dhaka is now a reality.
Rupayan City Uttara,premium mega city community first time in bangladesh it is what any group of people is looking for ,it is not only for high profile people but also middle income group of people as well. The premium mega city community property is situated in such a beautiful place of uttara first time in Bangladesh where one can feel secure peaceful living and the highest investment returns.
The country's first premium megacity community, developed as first time ever biggest premium megacity community with 134 bighas of land, has 63 percent open space allowing dwellers to breath in more oxygen. No place across the world, the attraction for owning a home is growing in Dhaka,
Rupayan uttara premium megacity community town has its kind featuring 360-degree solutions for a complete lifestyle by equipping all services ranging from community club, mosque, playground, school first time ever made in bangladesh. Both owners and investors find it worthy to live in or invest in the premium quality apartment, sky villa, Penthouse, shop, office space, educational institutes, eateries, serviced apartments and so on.
Investment in Rupayan premium megacity community Uttara is highly secured for the assurance of big returns because of its potential capital appreciation and rental returns. As a result, this investment-grade property has already created much high demand among investors which happened first time ever in bangladesh
There are various reasons that why one will choose rupayan uttara premium megacity community. This community gives a highly secured living inside a protected walled gate where kids can play and grow in a productive environment. Currently Rupayan premium megacity community Uttara is the only mega gated community portfolio that is available in Bangladesh
we are providing investment offers so that investors get the best value of their investment. People can invest individually or in a group for office, day-care centre, restaurant, apartment, sky villas, stores, showrooms, Cineplex, food-court, service apartment and luxurious hotel. Rupayan premium megacity community in Uttara, currently being the gated community with its widest range of lifestyle solution and investment offers.
With the recent urban development pattern leads business people, teachers for owning homes in the place like Uttara premium megacity community which has ben happen first time ever in bangladesh where they think their investment will increase in the next four years. The zone is becoming main attraction of all as many infrastructures like schools, colleges, banks, government offices, universities, and prominent offices, multinational companies are moving there. Not for living only, this area has become the most attractive for property investment as well,. People choose investment in properties by engaging their hard-earned money because of the potentials of yielding high benefits from capital appreciation, rental returns and to secure their capital from inflation adjustments The project of uttara premium mega city community location is at the end of Sonargaon Janapath, Sector 12, Uttara-1230, Dhaka, Bangladesh. 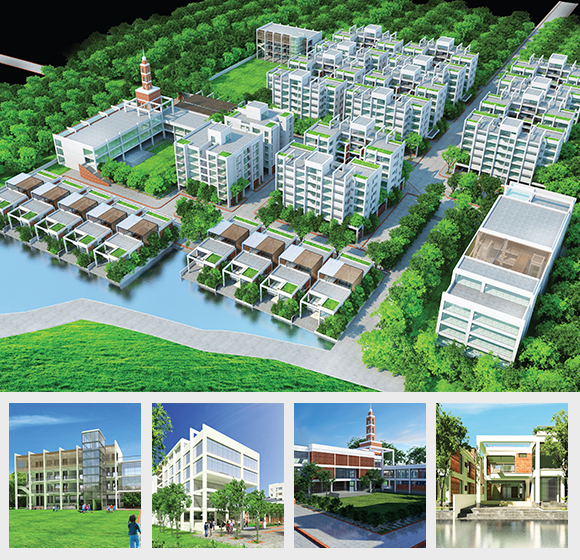 Managing director of Rupayan Housing Estate create a dream of model of Rupayan town, a project that has been create to build a safer place where people can find their residence at a minimal cost.

Home is not just  only a  word it’s a place where one find peace ,so what happen if we find a town , it will be like completely a starting a new era. Such thoughts are more reflected in the hearts of people who lives in rental homes, wishing to own a permanent apartment. But it is difficult for some middle of lower-middle income group of people to have such kind of apartment, to have an apartment with permanent address it’s like a dream for them.

So on that point Rupayan Housing Estate, one of the leading realtors in Bangladesh, has come forward with such a housing project that will fulfill the dreams of the middle and lower-middle group people.Rupayan's latest project in Narayanganj, adjacent to Dhaka, have a plan to set after Uttara, which is now considered a part of the capital.

The city needs to be centralized otherwise it is going to be a mess. We have set up the satellite town with these concepts in mind, where all housing and social facilities such as shopping malls, schools, mosques, hospitals, playgrounds and community centers are available. Rupayan towns goal  is to take Dhaka outside Dhaka but we need  the government support so that they will have to facilitate the private sector to invest outside Dhaka. The project, 'Rupayan Town' at Bhuigar, off the Dhaka-Narayanganj link road, stretches over 19 bighas of land.Rupayan is now offering ready flats in different sizes ranging from a minimum of 660 square feet to a maximum of 1,120 square feet at Tk 2,990 a square feet. A customer can avail the key to a flat with an initial down payment of just Tk 4.14 lakh. We have designed the project for the middle and lower-middle class people, who mostly live in rented flats. They spend a substantial amount on monthly rent, if we give them an opportunity of installment payment they can make the payments with the amount they previously spent on rent,Besides, we have arrangements with some financiers that will provide loan to our customers, like Delta Brac Housing, IDLC Finance, National Housing, Phoenix Finance, Bay Leasing, Southeast Bank and Pubali Bank are proving housing loans to prospective customers. Although the real estate and housing sector witnessed a 35 percent drop in sales in the first three months of 2009 as a consequence of the global financial crunch, Rupayan is optimistic about its new township project.It held a single company fair in the first week of this month to showcase the ready flats under the Tk 300 crore Rupayan Town, which comprises 28 eight-storied buildings with 784 flats in the first phase. The Rupayan Town includes facilities like a full-time generator for electricity backup, and its own water supply and sewerage system. Around 200 flats have been sold so far and many prospective customers are contemplating purchase. Although most buyers are based in Narayanganj, Rupayan is optimistic about selling flats to Dhaka-based customers. A good number of people from Motijheel and its adjacent Basabo and Mugda areas have booked some flats. We will begin the second and third phase of the town after the sales of first phase flats. In the second phase 1,100 flats will be built and 800 flats in the third phase. if the government reduces land registration fees and allows investment of undisclosed money in the real estate and housing sector, the sector will witness a boom. Besides, our success in the construction of readymade flats outside Dhaka will encourage other realtors to invest in the suburbs. 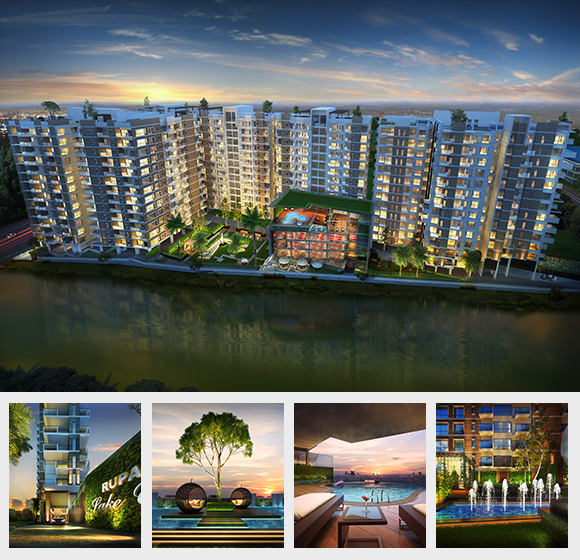 Built within an area of 107.4 Katha, with a total of 286 apartments, the residential complex features an elegant double-height entrance, meticulously landscaped central courtyard, tranquil wooden outdoor deck with twin water fountains, wide driveways, basement parking, and rooftop garden with exclusive sit-outs, BBQ zone and a reflective pool with an included fountain under the crisp air. Residents will also experience amenities such as gymnasium, wading pool and a water café to connect themselves in the harmonious blend of relaxation and indulgence. Alongside these, children will get the opportunity to develop themselves through engaging with sports, singing, dancing in the wonderful and peaceful environment which is away from the mechanical chaos.

A luxurious approach to style combined with the natural landscape strategies places the Rupayan Lake Castle as a benchmark development in the residential sector. The residential complex is an ultimate residing locale designed to help urbanities escape to a place of natural beauty and quietude.